The last three months have been dominated by executive jet charter and asset management and consultancy services for ACC Aviation. 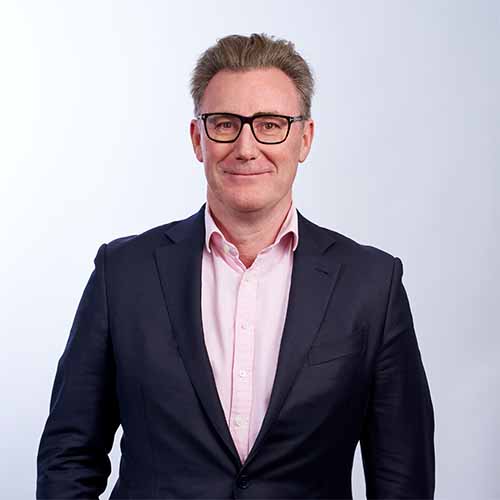 “Charter flight bookings were up 30% in Q2 compared with the same period in 2021 – on both sides of the Atlantic,” noted Director of Charter, Richard Smith. Bookings covered a wide spectrum of aircraft, from four-seat Cessna Mustangs to long-haul airliners. In Q2, ACC Aviation’s charter team, bolstered in April with the arrival of Senior Account Manager Rez Selman from Qatar Executive, saw requests for executive jets to move displaced crews and spare aircraft parts for European airline partners. Meanwhile, in the US, the ACC team arranged the return of crew to their cruise ships when airline alternatives weren’t available. “During Q2, we saw last-minute bookings becoming the norm,” noted Jamie Harris, President Americas, ACC Aviation.

COVID-19’s impact on the industry created a raft of airline disruptions – cancellations and delays caused by staff shortages. This shifted the ratio of commercial/executive aircraft bookings. In June, we saw a 50/50 split across the business, which historically held a heavy bias towards large airline charter flight bookings. “The private jet terminals that host executive jets were less impacted by workforce issues, so on some occasions, we dispatched three 30-seat regional jets versus a 100-seater to help avoid main terminals,” noted Director of Charter, Richard Smith.

In addition, Q2 saw ACC undertaking more sports charters with A320 and B737 aircraft, including the continuation of regular soccer team charters in the US. May and June also saw more charters to away games for various European matches.

In June, ACC Aviation became a dedicated sales and marketing agent for an all-VIP Boeing B757-200, operated by Freedom II. The 62-seat VIP aircraft is capable of transporting passengers and their luggage over a great distance of up to 5,200 miles.

The lack of ACMI narrowbody aircraft into June saw airlines booking alternative wide-bodied aircraft to cover schedules. They also doubled up routes to fill these larger aircraft. ACC worked with airlines to modify take-off and landing slots and ensure extended ground handling resources were available as carriers introduced different aircraft onto original schedules. “This extra activity will continue into Q3 as airlines still have the same issues,” Dave Williams added.

“This was a busy and diverse quarter of work accomplished by the ACC Aviation team,” commented CEO Phil Mathews. “The strong relationships we have built with our airline partners these past two decades benefited the group significantly. These collaborations, combined with the knowledge and extensive industry contacts we regularly draw on, enable us to handle multi-faceted requests easily and quickly.”

In June, the ACC global offices celebrated the company’s 20th anniversary at Leeds Castle, Kent, attended by ACC founder Chris Clapham, the founder of the company.

Founded in 2002 as an aircraft leasing specialist, ACC Aviation delivers market-leading solutions across aviation consultancy services, ACMI leasing, and air charter.  Through an international office network spanning Europe, the Middle East, Africa, North America, and Asia, it provides bespoke aviation solutions to clients across the globe. Its success is built on the strength and depth of its relationships within the aviation industry. ACC Aviation delivers superior solutions to a diverse and growing client base through continued investment in developing and maintaining these partnerships, with a persistent focus on innovation.

The company is backed by YFM Equity Partners and is a Financial Times Top 1000 ranked European company.

Are you looking into travel options for your next corporate travel? In this blog, we explore the benefits of corporate air charter.

Love is in the air: Charter a private jet for Valentine’s Day

Are you looking for an extra romance and surprise this Valentine's Day? In this article, we explore romantic getaways by private jet.